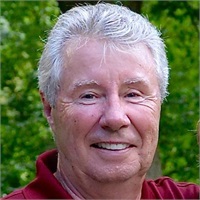 Tim Sullivan brings over 50 years of accounting and tax related experience as a valuable business consultant to the company.  While Tim recently retired from full-time employment, he began working with us in 2011, and is now providing consulting services. Over the years, he helped business owners and entrepreneurs build their businesses, as well as their retirement savings.

Tim is a native of Lancaster, Ohio, and graduated from Lancaster High School in 1965.  After High School, he went on to graduate from Bliss Business College in 1968, and received his Bachelor of Administration, majoring in Accounting and Psychology from Ohio University in 1972.  Tim is a Certified Public Accountant (CPA) and served as a financial advisor for more than 21 years.

Tim enjoys spending time with his wife Joanne, and is a grandpa to a beautiful little girl named Sylva Rose.  On warmer days, Tim enjoys the outdoors in the form of chasing that e-illusive perfect shot on the golf course.  After 40 years of play, Tim had his first hole-in-one only a few summers ago, while playing at a charity golf event.  Tim said, “I don’t think I’ll ever hit another shot as perfect as that one, but that won’t keep me from trying!”