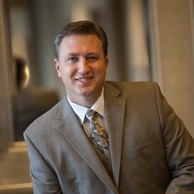 As the Co-Author of RETIRE ABUNDANTLY and BUILD WEALTH Like A SHARK, Chad has been interviewed by Kevin Harrington, the Inventor of the Infomercial, As Seen on TV guy, and the Original Shark from the ABC TV's smash hit series, Shark Tank, as well as James Malinchak, featured on ABC TV’s Secret Millionaire.

Chad is the Founder and CEO of Disbennett Wealth Management Group, and the creator of The Wealth With ClarityTM Process, a transformative wealth enhancement process to help Business Owners, Executives, Health Care Professionals, and Independent Women, learn how to preserve, protect, and pass on their wealth.

With a background in education, Chad created The Wealth With ClarityTM Process to help his clients better understand the sometimes-confusing world of Financial Planning. He is a true financial “Coach” in that he thoroughly enjoys learning about his clients and their needs, and then finding the best strategies to fit those needs. As opposed to simply being an advisor, he is a true guide to his clients, and looks to form long lasting relationships.

Chad graduated from the College of Business at the University of Cincinnati, and then continued his education at Capital University in the realm of business education. He holds several securities and insurance designations, and completed the rigorous training necessary to become a Certified Financial Planner™ Practitioner.

As an NCAA Division I All-American in Track and Field, and a former AMA National Hillclimb Champion, Chad truly understands the meaning of hard work and commitment. He puts that same passion and effort into helping his clients each and every day.

Some of the activities that Chad enjoys are participating in Lancaster Rotary, supporting the local schools and their athletic programs, speaking, travelling, golfing, snowboarding, and exercising. More than anything though, Chad enjoys spending time with his wife Danielle who he happily married in 2001, along with their children, Danica and Cooper.